In 1986, a pharmaceutical and medical collection in the former Pharmaceutical and Chemical Company Lek, joined the list of Ljubljana’s museums. The collection was named after Bohuslav Lavička, an apothecary of Czech descent, who collected items which comprise this collection today. In 2002, Slovenia proclaimed, on the initiative of the former Lek Board of Management, this exceptional collection as a cultural monument of national importance. This means that the collection must remain as it was in 1986 when it was first revealed and presented to the public, and that regardless of its ownership it must remain in the country.

Bohuslav Lavička, master of pharmacy, was born on 1 May 1879 in the town of Chrudim in the Czech Republic where he received primary and secondary education. Already as a young pupil he fell in love with pharmacy when in 1891 he saw an old pharmacy at the provincial exhibition in Prague. This gave rise to his decision to study pharmacy and also to collect antiques as he saw displayed at the exhibition.

Lavička finished his pharmaceutical studies in 1901 at the Czech part of the Karl University in Prague. Later he passed exams in general and special mycology and bacteriology. His first job was in Chrudim, but later, in 1903, he left to seek new knowledge in Switzerland where his career as a collector began, when in 1904 he bought his first majolica type jug in Bern. Lavička came to Slovenia in 1909 and worked first in Idrija and then in Vrhnika. In 1911 he finally settled in Tržič and bought off a pharmacy from the pharmacist Roblek. There he worked until his death on 16 July 1942, when he was taken and shot by the Nazis as a known democrat and supporter of the national liberation movement.

The occupying forces knew about Lavička's pharmaceutical and medical collection and they wanted to have it transported to Germany. However, Professor Josip Žontar retrieved it from the Kranj museum and made sure that after the war the collection was returned to Lavička's heirs. In 1978 Lek bought the collection from them.

Bohuslav Lavička was professionally collecting the antiques that comprise the pharmaceutical collection for nearly four decades and with the knowledge of a great erudit. He was in contact with all major antique businesses across Europe and was in this way connected with all major cultural centers of his era. Lavička Collection s therefore also a unique reflection of his European contacts as a cosmopolitan and European.

The cultural-historical value of the Lavička Pharmaceutical Collection is multidimensional and it is difficult to give preference to any of the categories in particular. Basically, however, Lek’s small museum could be divided into two sections: the library and the pharmaceutical-medical accessories.

The collection begins with books on literature, philosophy and social science. In the library we thus find works of ancient Roman and Latin literature classics. There are also some original editions of French literature classics. After literary works come history and geography books. To cognitive theory and the theory of science we are introduced through the philosophical work of Immanuel Kant » Critique of Pure Reason «, printed in Graz in 1795, and to natural science through books on alchemy. Considering the quality of the alchemy books alone, the Lavička Library is one of the richest libraries in Slovenia. It contains works by Albert the Great, Ekchart and Paracelsus. Chemistry is represented by chemistry the classics from Boyl, Lavoisier and Berzelius.

Medicine, which is presented in a separate glass cabinet, is represented by works of Hippocrates, Galen and Avicena (all presented in prints from the 16th century). Pharmacy is represented by old Pharmacopoeias, among them is also one of the oldest printed Pharmacopoeias in Europe, the work of the physician Bartolomeo da Montagnane from Padua from the 15th century. Separately presented is also botany. Displayed are herbaria, books on herbs from 16th to 19th century prints. There is also a book by father of biological science, Carl Linne, from the 18th century.

A remarkable discovery by Lavička in his search for collectable items was the Bible, Incunabula from 1491 (printed by Ioannes Froben), and especially two pages from the Latin Bible, printed by Gutenberg.

Many of the books in the collection are decorated with extremely beautiful copper engravings and here we find names of many famous painters, among them the court painter to the English King Henry VIII, Hans Holbein junior. 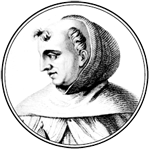 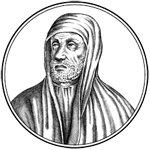 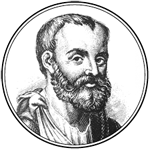 The collection of apothecary containers is one of the most interesting parts of the museum. Containers are ceramic or made of glass or wood. The museum boasts extremely beautiful examples of Italian ceramic from Faenza, Urbino, Pesaro and Savonna, along with some Dutch, German and Austro-Hungarian (Slovakian) ceramic. Most of the ceramic items are displayed in the first of two pharmacies and are arranged according to the criteria of pharmaceutical purpose. There we can see jugs for syrups, i.e. containers for viscous substances or liquids, followed by jars for ointments, i.e. containers for semi-solid substances, and jars for powders and extracts, i.e. containers for solid substances. So one can, on a symbolic level and according to the criteria of the purpose of the containers, follow the pharmaceutical production, i.e. the production of various forms of medicines. Most of the containers are from the 17th and 18th century.

The glass containers are predominantly displayed in the second of the two pharmacies. Syrup jars have narrow necks and those for ointments and extracts have wide necks. Most of them are made of Czech glass from the 18th and 19th century.

The various containers are interesting also because the inscriptions on them tell us which medicinal substances they contained.

The furniture in both pharmacies is also of interest. The furniture in the larger pharmacy was hand made in Italy in the second half of 19th century (historism). In the smaller pharmacy, which is the older of the two, we can see a cabinet built into the pharmacy furniture, which is said to originate from one monastic pharmacy in Egne (Neumarkt) in South Tirol. In the cabinet there are jars with preserved »medicinal substances« from the period when the cabinet was made, i.e. the 16th century. In one of these jars, powder from ground human skull was apparently found. Such powder was allegedly used against physical weakness.

The Archaeological Section of the Collection

The collection also comprises the archaeological section – antique medical instruments and other antique items dating back to the period between the 5th century B.C. and the 3rd AD. The two surgical leaf-shaped probes Dr Ljudmila Plesničar assumes came from the Emona archaeological site. Here we can also find bronze tweezers, a bottle (lat. balsamarium) in which scented oils were probably kept, and a wide range of needles attributed to some ancient culture, presumably a cremation burial culture. They are thought to be also used in »cosmetics«, more precisely in body care. Thus, on a symbolic level, the collection represents the beginnings of surgery, since it developed from cosmetics and body care in the first place.

The museum houses also other items which pharmacists, physicians and life scientists in general needed for their work. Presented are for instance the collection of weights and measures (from the 16th to 19th century), a table and hand scale (19th century), two microscopes (18th century), two homeopathic pharmacies, two travelling pharmacies, two globes (one of them astrological), a sand clock (16th century) and the statue of St. Rok, one of the patrons of healers, pharmacists and physicians (18th century).

The Pharmaceutical and medical Collection illustrates the history of apothecary science and the history of healing in general and on a broader scale the history of natural and medical sciences. The Bohuslav Lavička museum is of special significance in that, despite its modest size, the completeness and quality of the exhibits make it one of the richest museums in Europe.

You are kindly invited to visit the Lavička collection on the first Thursday of every month.
Guided tours take place every hour, on the hour, from 10 am to 6 pm.