Today, the Open House Day was organised at the Sandoz development and production site in Mengeš, attended by the residents of Mengeš and nearby towns as well as the majors and other representatives of the municipality of Mengeš and neighbouring municipalities. Through the development of research and production activities in recent years, the site has strengthened significantly and has become one of the key parts of the global pharmaceutical group Sandoz. At Mengeš, Sandoz is also expanding investments in environmental management , additionally minimising the impact of its operations on the environment.

The Mengeš site is strengthening its role in the development and production of selected high-value pharmaceutical ingredients and biosimilars, thereby also increasing its contribution towards consolidating Sandoz’ leading position among generic pharmaceutical companies in the world. It regularly introduces products into production that enable further development of the site. »With our successful performance in the global market we are also contributing to development of local environment. We employ more than 600 associates and are among the major companies operators in this part of Slovenia. We are strongly development-oriented and provide employment for numerous experts. Nearly 41 per cent of our employees have at least a university degree,« explained Egidij Capuder, Head Production at Mengeš.

Strengthening of cooperation with the local community and environmental investment

Operations of Lek, a Sandoz company, are based on a long-term strategy which includes socially responsible operations in all areas of business, such as active engagement in the local community. In the municipality of Domžale and Mengeš it supports various projects and organisations: patient associations, schools, kindergartens, sports associations as well as cultural and social institutions. Adopting the Novartis policy of sustainable development it also pursues environmentally responsible behaviour. Implementation of this policy placed Novartis in the #1 ranking in the international pharmaceutical industry on the scale recently (22nd October) published by Newsweek magazine.
Continuous lowering of the environmental burden and protection of the environment are among our key priorities. By adopting our environmental policy which is the basis of our company’s conduct, we are committed to a responsible attitude toward the environment. We follow the strict guidelines of Novartis and Sandoz and comply with the requirements of health, safety and environmental legislation.

Furthermore, Mengeš site continuously invests in advanced environmental technologies and implementation of environmental policy. When lowering the environmental burden, the focus is on lowering emissions and increasing energy efficiency. Regular measurements, monitored by the authorised monitoring authorities, show that all environmental impact parameters are below the regulatory threshold. Under the EU directive, the Mengeš site operations are classified as a source with insignificant human and ecological risk.

In pursuing the company’s key environmental targets by 2015, last year the Mengeš site successfully met annual targets. At the forefront were the improvement of efficiency of water and energy resource use, increased efficiency of waste management and decreasing emissions of halogenated and non-halogenated volatile organic compounds.

Energy efficiency has increased by more than 2%. It exceeded the planned 2% improvement in the efficiency of technical water use per tonne of product and with several measures improved on the results from last year by as much as 9%. Due to a changed methodology the comparative figures for the quantity of waste produced per tonne of product will become evident after the end of this year.

As explained by Egidij Capuder, changes in the production program and investments in advanced environmental technologies also have an impact on the results in any individual year. Environmental impacts are controlled and are below regulatory thresholds and significant improvements reflect favourable results of environmental investment.

Lower emissions values of all volatile organic compounds are also a result of the instalment of a new advanced treatment device which since 2010 has been removing halogenated solvents from exhaust air using state-of-the-art cryogenic condensation technology. A downward trend of emissions is also confirmed by the figures for the previous year when total volatile organic compounds emissions, expressed in tonnes per tonne of product, were nearly 18% lower than in 2010.This year, emissions will be further reduced with a new device for regenerative thermal oxidation which has already been put into operation. Due to its autothermal mode of operation and lower consumption of earth gas, the device is more energy efficient than its predecessor.
»Also when protecting the environment, pursuing common interest with the local community is at the forefront. Our goal is to further develop this cooperation, part of which includes today’s Open House Day,« highlighted Egidij Capuder.

The only industrial center for modern biotechnology in Slovenia

The latest investment of Sandoz in Biopharmaceuticals Mengeš are the new laboratories for cellular and molecular biology, opened in October this year. Lek started its own genetic technology development as early as the 1980’s. The first production site for the production of biological medicines in Slovenia was opened in 2004, followed by the operational start-up of the Development Center in 2007, and the plant for the production of technologically difficult to make biopharmaceutical ingredients in 2010.

Today, this sole Slovenian industrial center for modern recombinant biotechnology employs over 183 experts from the field of pharmacy, chemistry, biotechnology, microbiology and biochemistry. Among them, more than a quarter have a PhD or master’s degrees in science.

»Being a part of a successful global pharmaceutical company, our experts have an invaluable opportunity to work at home and gain experience from abroad at the same time,« added Dr Matjaž Oven. 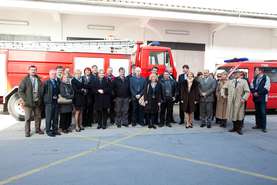 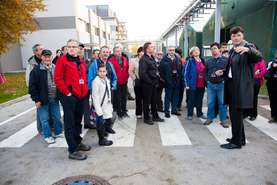 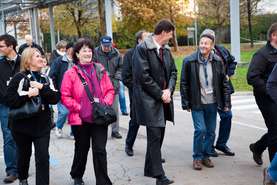 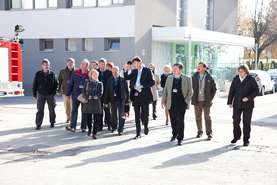 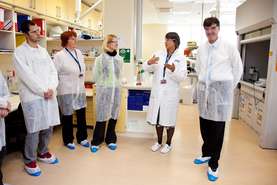 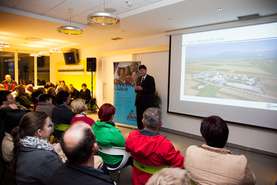 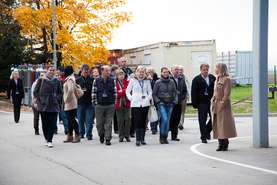 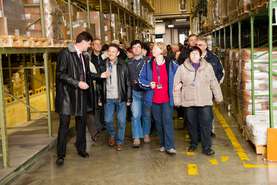 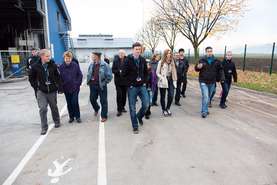 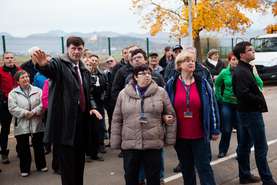 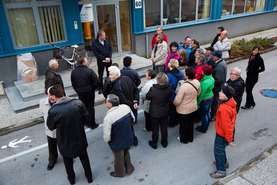