We take care of the health of your lungs

Coinciding with World Spirometry Day, which is celebrated on June 27 this year, today marked the start of the 5th annual Lek “For Better Breathing” bicycling marathon. As part of the activities of the Asthma & Sports program on World Spirometry Day, the Spolint Institute and Lek, a Sandoz company, held various activities designed to raise awareness of the extent of pulmonary diseases and the importance of taking care of your lungs. A team of Lek cyclists will join Marko Baloh on a route of over 400 km, accompanied by a mobile team from the Asthma & Sports program, which will carry out free lung testing with a spirometer in towns all over Slovenia.

Pulmonary diseases are one or the leading global causes of mortality, accounting for nearly four million deaths annually. The number of deaths is expected to increase up to the year 2020, primarily due to Chronic Obstructive Pulmonary Disease (COPD), lung cancer and tuberculosis. Many pulmonary diseases could be prevented or better managed if people were able to detect them earlier using a simple test with a spirometer. 50 percent of people around the world who have various stages of COPD are unaware of their condition and therefore do not seek appropriate treatment. 23 percent of people whose lungs were tested on World Spirometry Day two years ago were referred for medical exams because of the results of the testing. “Spirometry is a completely painless, quick and extremely accurate method for early detection of pulmonary diseases. Its main advantage is that it can detect a disease even before the patient starts to feel that they are having difficulty breathing. Therefore I recommend a spirometer test for anyone who does not get enough exercise, anyone who smokes, breathes quickly, has coughing attacks and other related symptoms,” said Dr. Janez Vodičar, Acting Chairman of the Sports Institute at the Faculty of Sports.

The importance of spirometry in detecting pulmonary diseases is also emphasized by the Spolint Institute in their Asthma and Sports program, which promotes healthy lifestyles and physical activity for a better life with asthma and other pulmonary diseases. “Not just asthma, but also the other pulmonary diseases are serious medical conditions which have to be dealt with appropriately. On World Spirometry Day we want to emphasize the importance of the early detection of problems with the lungs and how by taking medicines regularly according to the instructions of a doctor and by living a healthy lifestyle we can control already developed and particularly early detected diseases, and maintain quality of life,” said Dr. Milan Hosta, Director of the Spolint Institute and head of the Asthma and Sports project.

Lek’s annual “For Better Breathing” bicycling marathon will coincide with World Spirometry Day for the fifth year this year. “As a part of Sandoz, one of the world’s leading pharmaceutical companies with a range of high-quality generic products for treating asthma, we know that early detection and active management of pulmonary diseases is extremely important for maintaining quality of life. According to the data on COPD, which people usually detect too late, around 700 patients die every year in Slovenia. Therefore we have supported and worked with the Asthma and Sports program for many years, which in addition to regular use of medicines also emphasizes the importance of regular physical exercise for people with asthma and COPD. Our cyclists will be hitting the road with Marko Baloh for the fifth year in a row this year to ride all over Slovenia. We believe that these kinds of activities contribute to raising awareness of the importance of early detection of pulmonary diseases and an active and healthy lifestyle for patients with asthma and other pulmonary diseases,” said Mojca Pavlin of Lek, a Sandoz company.

Lek has worked with the Asthma and Sports program for several years and this cooperation is confirmed year after year through their program of awareness about living with asthma and other pulmonary diseases. They support charity spinning events with Slovene ultramarathon cyclist Marko Baloh, participate in activities related to World Asthma Day, and this year for the first time also to World Spirometry Day, organize Lek’s annual “For Better Breathing” bicycling marathon with Marko Baloh and sponsor a month of swimming for children with asthma and holidays for children with asthma in Pacug.

As part of Lek’s “For Better Breathing” bicycling marathon with Marko Baloh, Lek’s cyclists will cover nearly 410 kilometers around Slovenia from June 26 – 29 2012. Their route will take them from Ljubljana to Debeli Rtič, and then to Tolmin, towards Kranjska Gora and back to Ljubljana. The cyclists will be accompanied by a team from the Asthma and Sports program, which will carry out spirometry testing in towns all over Slovenia.

Free spirometry testing of pulmonary functions by professionals will be held:

The Asthma and Sports team will also hold a healthy lung and respiratory system run for children in Kranjska Gora. The workshop will be held at the Kekčevi junaki day care center on June 28 at 9am. 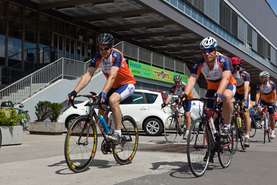 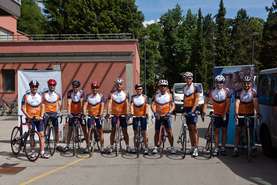 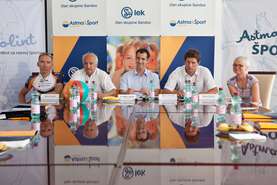