Lek, a Sandoz company, concluded its annual charity campaign with an event at the Pediatric Clinic in Ljubljana. All of the children's wards at general hospitals in Slovenia received a total of 2000 pajamas valued at 45,000 euros.

Colorful pajamas for all children's wards at general hospitals

Today, Lek, a Sandoz company, concluded its annual charity campaign at the Pediatric Clinic in Ljubljana, during which this year every children’s ward at general hospitals throughout Slovenia received pajamas. The campaign was designed to help the hospitals by making it possible for them to allocate the funds which they earmark for purchasing pajamas every year to purchase other urgently needed equipment or to improve their work conditions. The campaign included 11 children’s wards in general hospitals, the Pediatric Hospital in Ljubljana and the Children’s Surgery Ward at the Ljubljana Clinical Center.

“Donators usually allocate funds for the Pediatric Clinic for purchasing equipment and devices which are indispensible for our work. However, there is often not enough money for the smaller things, which are actually very important for making the children feel as good as possible when they are in the hospital. Therefore the colorful pajamas which were given to us by Lek Pharmaceuticals are a very valuable donation for our clinic,” said Dr. Ciril Kržišnik, Director of the Pediatric Clinic.

“We began this year’s charity campaign at the Murska Sobota General Hospital in the middle of March, and we are concluding it today, since the pajamas have already been distributed to all of the children’s wards at the general hospitals. We donated a total of 2000 pairs of pajamas at a value of 45,000 euros. We are happy to have received very positive responses and compliments from everyone, which demonstrates that the charity campaign achieved its purpose and that the colorful pajamas really excited the children and gave them the energy they need during treatment and convalescence,” said Katja Razinger, Head Marketing and Sales Slovenia at Lek.

Lek has been holding its annual charity campaigns for several years, through which it aims to help children who have to see the doctor or stay in hospitals due to illness, and children who for various reasons live at custodial institutions. This year the idea was developed in cooperation with the hospitals to donate colorful children’s pajamas with attractive animal patterns.

Lek began donating gifts for children just before New Year’s eight years ago, and in the past few years the campaigns have extended into the New Year. In 2000 they donated gifts to more than 1100 children at 14 healthcare or custodial institutions and wished them all the best in the coming year with a puppet presentation of Thumbelina. A similar campaign was instituted in 2001. In 2003 they delighted children in Slovene healthcare and custodial institutions with a clown show by the Red Noses, and donated funds so that the institutions could purchase equipment. In 2004 they donated over 1000 personal computers to numerous elementary and secondary schools, healthcare institutions and organizations which contribute to improving the quality of life of children, and to local associations all over Slovenia. In 2005 they held creativity workshops for children in Slovene hospitals, donated full-year subscriptions to Petka magazine for 2006 and helped equip children’s corners in the hospitals. This campaign was very well received, so in 2007 Lek once again donated full-year subscriptions to Petka magazine, thus allowing all hospitalized children to receive their own copy. In 2007 the annual charity campaign was dedicated to all public healthcare centers in Slovenia. They sent special gift packages to pediatricians and pediatric wards, which made it possible for them to brighten up their waiting rooms and offices or to give the children small gifts after their examinations. The charity campaign included a total of nearly 100 healthcare centers and branches throughout Slovenia.

Lek, a Sandoz company, is one of the pillars of leading world generics company Sandoz. It operates as a global development center for products and technologies, as a global manufacturing center for active pharmaceutical ingredients and medicines, as a competence center for the development of vertically integrated products, as a Sandoz competence center in the field of development and manufacturing of biosimilars and as a supply center for the markets of CEE, SEE and CIS, sales Slovenia and sales services for Sandoz global markets. Lek d.d. employs more than 3,000 people. For further information please consult http://www.lek.si.

Sandoz, a Division of the Novartis group, is a global leader in the field of generic pharmaceuticals, offering a wide array of high-quality, affordable products that are no longer protected by patents. Sandoz has a portfolio of more than 950 compounds and sells its products in more than 130 countries. Key product groups include antibiotics, treatments for central nervous system disorders, gastrointestinal medicines, cardiovascular treatments and hormone therapies. Sandoz develops, produces and markets these medicines along with pharmaceutical and biotechnological active substances and anti-infectives. In addition to strong organic growth in recent years, Sandoz has made a series of acquisitions including Lek (Slovenia), Sabex (Canada), Hexal (Germany) and EonLabs (US) In 2007, Sandoz employed around 23,000 people worldwide and posted sales of USD 7.2 billion.

Novartis AG provides healthcare solutions that address the evolving needs of patients and societies. Focused solely on growth areas in healthcare, Novartis offers a diversified portfolio to best meet these needs: innovative medicines, cost-saving generic pharmaceuticals, preventive vaccines and diagnostic tools, and consumer health products. Novartis is the only company with leading positions in these areas. In 2007, the Group’s continuing operations (excluding divestments in 2007) achieved net sales of USD 38.1 billion and net income of USD 6.5 billion. Approximately USD 6.4 billion was invested in R&D activities throughout the Group. Headquartered in Basel, Switzerland, Novartis Group companies employ approximately 98,200 full-time associates and operate in over 140 countries around the world. For more information, please visit http://www.novartis.com. 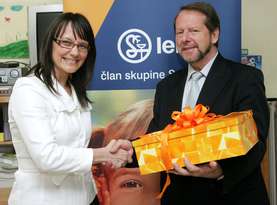 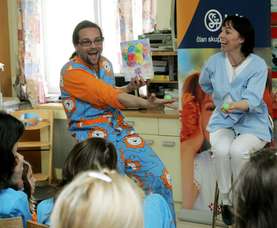 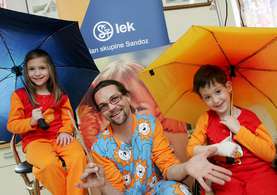