In 2016, Lek, the first and the oldest modern pharmaceutical company in Slovenia, marked 70 years of its operation and 20 years of Novartis

Lek the first and the oldest modern pharmaceutical company in Slovenia was officially founded on 31 October 1946, the then Federal National Institute for Medical Production, Ljubljana, changed its name to »Lek – the Medicinal Products Factory in Ljubljana«. Its first task was to expand the product portfolio and to increase the volume of in-house manufactured drugs, which was of key importance after the end of the Second World War.

In the following seven decades, many crucial events took place that shaped the present image of Lek. The key levers that influenced Lek’s development most significantly and profoundly over the decades, were: establishing its own development and production, cooperation with foreign pharmaceutical companies (Merck & Co, Bayer AG), focusing on foreign markets, innovation culture, orientation towards development and production of innovative and ground-breaking products and active ingredients, continuous investment, commitment to quality, professionalism of Lek’s employees and joining the global pharmaceutical company Novartis.

Novartis: more than a 150-year tradition with a mission to discover new ways to improve and extend people’s lives

Also in 2016, Novartis, the owner of Lek and one of the largest pharmaceutical companies in the world, celebrates 20 years of its foundation.

Novartis was founded on 7 March 1996 through a merger of Ciba-Geigy and Sandoz. Together with its predecessor companies, Novartis has more than a 150-year rich history of developing medicines and medical devices.

Novartis is now one of the world’s largest pharmaceutical companies employing more than 118,000 people worldwide. Novartis products are available in more than 180 countries and reached nearly one billion people globally in 2015. Novartis’s mission, also followed by Lek, is to discover new ways to improve and extend people’s lives.

Today, Novartis is in Slovenia, through its divisions, the largest provider of medicinal products, aiming to increase the access to medicines for patients.

More than 90% of the products manufactured in Slovenia, are sold in foreign markets through the extensive sales and marketing network of Sandoz or Novartis. Products that are developed or manufactured in Slovenia, are present in 180 countries around the world, annually on average, 700 different forms of new products are launched to markets from Slovenia. To date, Lek has obtained more than 1,000 patent rights around the world.

Lek d. d. finished the year 2015 with 3,350 employees, with a predominant share of highly qualified staff. At the end of 2015, 45.6% of all Lek’s employees had a university degree, of which more than 369 held a master’s degree or a doctorate. 21.5% of all employees worked in development.

In 2016, Novartis reinforced, in order to strengthen its market position and business performance, development as the center of its operation, organizing three key business areas or divisions around it: innovative medicines (Novartis Pharmaceuticals and Novartis Oncology), Sandoz (generics and biosimilars) and Alcon (ophthalmology). The new organization is an additional incentive and perspective for both Lek’s development teams as well as its manufacturing sites which are located in Ljubljana, Mengeš, Lendava and Prevalje.

At the same time, Novartis will unify all brands within its family which will appear in the market under a single brand name Novartis. The aim of the unification is to build a more integrated Novartis where the whole will be stronger than the sum of its individual parts, resulting in a stronger company brand. A stronger brand will also be an additional support for Novartis’ unification of the global organization by divisions and functions and its leading position in innovation for patients.

Sustainable operation from the outset – responsible to patients, employees, environment and society

Lek has been committed to sustainable operations since its creation. After joining Novartis, the company has further strengthened its corporate responsibility based on four key pillars – the responsibility to patients, employees, environment and society.

Novartis and Lek, as its company, enforce their responsibility to patients by ensuring the access to medicines on one side and business integrity on the other. In 2016, Novartis has improved its position and is ranked third in the Access to Medicine Index. By signing the Slovenian guidelines on corporate integrity, Novartis has become the ambassador of corporate integrity as the only pharmaceutical company in Slovenia and one of the 22 Slovenian companies. In addition, Novartis and Lek do not give donations to health care professionals. In June 2016, Novartis published in Europe as well as in Slovenia, in accordance with the EFPIA Disclosure Code, information on transfers of value, received by healthcare professionals and organisations in 2015, as well as some other non-binding information about the cooperation with healthcare professionals. The company is committed to transparent publication of such information also in the future.

Novartis has been for many years, through its company Lek, among the best employers of choice in Slovenia. In 2013, it was acknowledged as the most reputable employer. In 2016, it received the TOP 10 Education Management Award for the fourteenth time in a row and holds the full Family Friendly Company certificate. The company focuses on innovative HR projects such as the Regional BioCamp and Bio career Breakfast to attract the best talents. It strongly emphasizes a motivating and high-tech equipped work environment. At its sites, it primarily employs people from the local community and enables its associates a career advancement in an international environment.

Novartis enforces its responsibility towards the natural environment through strict requirements that go beyond statutory norms and must be met by all local manufacturing sites. The majority of Novartis investments in Slovenia bring jobs with high added value (e.g., development, laboratory work) that do not constitute a burden for the natural environment. In 2015, Novartis invested in environmental protection in Slovenia 3.2 million Euros that generated  a reduction in the total volume of volatile organic compound emissions by 5%, energy savings of 14.7 TJ by applying new energy efficiency measures, and increased water use efficiency by 10%.

Over decades, Lek has been supporting various organizations and associations in Slovenia, including the Slovenian Associations of Friends of Youth, Red Noses, Little House – children’s shelter and the Firefighters Association of Slovenia. Lek regularly cooperates with local communities in the environments in which its sites are located. It organizes the Community Partnership Day across all sites and supports local associations and organizations. Since the beginning, it has closely worked together with academia. Through joint projects with Slovenian academics it helps develop new curriculum  contents, enters in European programs and smart specialization strategy and offers job opportunities for young people. It also carries out activities related to recruiting Slovenian experts who are working or studying abroad, and works in close collaboration with all major professional institutions in Slovenia.

Lek, a Sandoz company, is one of the key pillars of the second-largest generic pharmaceutical company globally. Its role within Sandoz is to act as: a leading global development center for technologically demanding products and technologies; a key global manufacturing center for active pharmaceutical ingredients and medicines; a competence center for the development of vertically integrated products; a Sandoz competence center in the field of development and manufacturing of biosimilar active ingredients and products; a supply center for the markets of Central and Eastern Europe (CEE), South East Europe (SEE) and the Commonwealth of Independent States (CIS), and is responsible for marketing and sales of Sandoz products on the Slovenian market. For further information, please visit www.lek.si.

Sandoz is a global leader in generic and biosimilar pharmaceuticals. As a division of the Novartis Group, our purpose is to discover new ways to improve and extend people’s lives. We contribute to society’s ability to support growing healthcare needs by pioneering novel approaches to help people around the world access high-quality medicine. Our portfolio of approximately 1000 molecules, covering all major therapeutic areas, accounted for 2015 sales of USD 10.1 billion. In 2015, our products reached more than 500 million patients and we aspire to reach one billion. Sandoz is headquartered in Holzkirchen, in Germany’s Greater Munich area.
Sandoz is on Twitter. Sign up to follow @Sandoz_global at http://twitter.com/Sandoz_Global (link is external).
For further details visit www.sandoz.com/makingaccesshappen 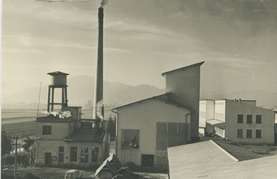 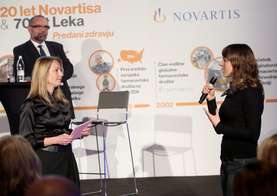 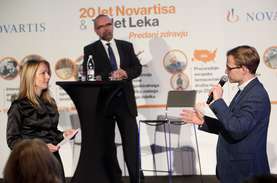