You Can Control Your Asthma

Ljubljana, May 5, 2009 – The theme of this year’s World Asthma Day is “You Can Control Your Asthma”. On this day, the Asthma and Sports Association wants to place particular emphasis on the importance of healthy lifestyles and physical activity in order to live better with asthma, since this is the best way to help control the disease. Therefore once again this year, together with Lek, a Sandoz company, will hold the Lek For Better Breathing bicycling marathon from May 12 – 15 with Marko Baloh, who will be accompanied by a mobile team from the Asthma and Sports Association. In addition, around 40 children who are participating in a swimming program for asthma patients will swim for free during the month of May.

Asthma is the world’s most common chronic non-infectious disease among children and youth. According to the World Health Organization around 300 million people all over the world suffer from asthma, most of whom come from western countries. According to research data from the year 2000 asthma more and more people are developing asthma in Slovenia, of whom at least 14 percent are children and youths. According to data collected from a questionnaire on health and health safety in 2007, which was carried out by the Institute of Public Health of the Republic of Slovenia on a representative sample of the Slovenian population aged 15 and over, 6 percent have or have had difficulties with asthma. Around 75 percent of patients with asthma are susceptible to effort. It is also worth mentioning that the increasing level of atmospheric pollution and level of chemicals in the environment also result in an increasing number of patients.

“With asthma, drugs are the key to good treatment, but physical activity plays an extremely important role in getting patients used to living a healthy lifestyle. Correct breathing, being relaxed and overcoming fear and anxiety are extremely important when asthma is increasing. Taking an active approach to controlling your asthma is reflected in longer periods without symptoms or serious deterioration of one’s condition,” says Dr. Milan Hosta of the Asthma and Sports Association, who was joined at a press conference on asthma and sports by ultra-marathon cyclist Marko Baloh, former ski racer Alenka Dovžan and middle-distance runner Brigita Langerholc.

“When I was small, because of problems with breathing I went to gym for ‘special children’. My goal at the time was to be able to play with my classmates, and to feel normal. Over the course of my career I have been able to more than succeed at this, and I am very happy that as a seven-year-old girl I didn’t give up hope and that I wanted to compete and breathe like the other children. Asthma is just another reason for you to overcome your limitations,” says Brigita Langerholc.

The Lek For Better Breathing bicycling marathon will be held from May 12 to 15. It will be accompanied by a mobile team from the Asthma and Sports Association. The purpose of the event is to raise awareness about asthma and allergies, promote regular exercise and warn against the effects of an increasingly polluted environment.

Ultra-marathon cyclist Marko Baloh and a team of Lek cyclists will ride approximately 650 kilometers all over Slovenia in four days. Their route will take them from Kranjska Gora through Prevalje, Moravce, Lendava and Rogaška Slatina to Ljubljana. “The members of the Lek cycling team were happy to join Marko Baloh last year on his trip around Slovenia. We believe that through such activities we can make a significant contribution to raising awareness about the importance of a healthy lifestyle and regular exercise, and communicate the message that asthma is not an obstacle that should prevent you from getting involved with sports. Marko Baloh and a lot of our top athletes are proof of that. Last year we rode around 850 kilometers, it wasn’t easy, but this year again we will be joining Marko on his ride around Slovenia,” said Dimitrij Krajnc, head of the Lek Cycling Club.

A mobile team from the Asthma and Sports Association will also follow the route of the cycling marathon, and will hold Asthma Schools in towns all over Slovenia. At the presentations visitors will learn a lot about asthma and be taught some effective measures and exercises that make breathing easier and prevent serious deterioration. They will also be able to measure their basic respiratory functions and get advice from professionals. The presentations will be held at elementary schools in Kranjska Gora, Moravske Toplice, Rogaška Slatina and Prevalje. 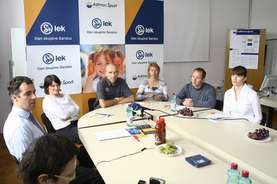 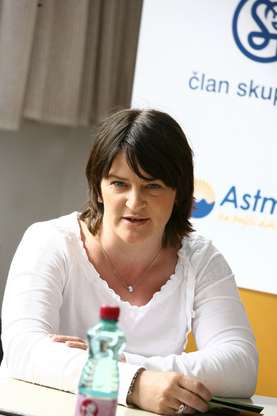 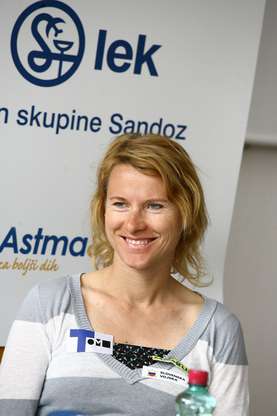 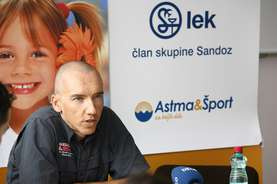