"A Wink to the Sun" – Together For a Happier Childhood

The humanitarian concert ‘For a Happier Childhood’ started the “A WINK TO THE SUN – Free Holidays for Every Child” humanitarian campaign. With it the Friends of Youth Association Slovenia (ZPMS) encourages good people to contribute to the children’s holidays fund as much as they are able, 11th year in a row. These children would otherwise stay at home and be left to their own devices and the streets, because their families are facing social deprivation. So far, over 7,000 children from all over Slovenia were the recipients of such holidays. They are expecting a good response from benefactors this year, despite the poorer economic situation. The initiative has had the support of Lek Pharmaceuticals d.d., a Sandoz company, for all these years.

On the eve of the last day in March, the Friends of Youth Association initiated their campaign for the eleventh time with a humanitarian concert ‘For a Happier Childhood’, which was held in the Slovene National Theatre in Maribor under the patronage of Barbara Miklič Türk. The participants of this concert included the members of the Parlament Dixie Band, Nuška Drašček, Zoran Predin, the Syba quintet and pupils of the Martin Kožak, Tabor II and Ludvik Pliberšek elementary schools from Maribor. The members of the Parlament Dixie Bend made their 3rd album, which they donated to the Friends of Youth Association Slovenia, with the intent to help as many children from socially deprived families as possible go on holidays. The proceeds from CD sales will go towards the children’s holiday fund.

“Hard-working volunteers and creative people that live and work in Maribor were the reason why this concert was held in Maribor”, explained Majda Struc, Secretary General of the Friends of Youth Association Slovenia.

Franc Hočevar, President of the Friends of Youth Association Slovenia used this opportunity to say that they will continue to help children through the ‘A Wink to the Sun’ initiative, regardless of the severity of the economic situation as well as to award Lek Pharmaceuticals d.d. and Mario Galunič and the ‘Spet doma’ television show, respectively, with a special award for their many years of participation in the program. On behalf of Lek, the award for a decade-long participation was accepted by Marjan Novak, Member of the Lek Management Board. Lek Pharmaceuticals d.d., a Sandoz company, supports the “A WINK TO THE SUN” initiative as a major sponsor and partner. “Luckily, some children consider holidays at the seaside or in the mountains to be self-evident; however, there are many who, with the help of ‘A Wink to the Sun’ see the sea or experience an interesting holiday in nature with their peers for the first time. That is why Lek is taking part in this noble initiative for the 11th year in a row, which made holidays possible for large number of children over the years. For the past few years we have also been carrying out a special fun day for these children – the Sunshine Games. When we spend time with them, we can observe how important these playful, vacation days in the company of their peers are to them. A happy and a smiling child’s face is the best thank you for our support,” said Marjan Novak. 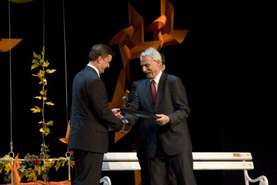 Photo for print
On behalf of Lek, Marjan Novak, M.A. received an award for the many years of helping children from Franc Hočevar, President of ZPMS. 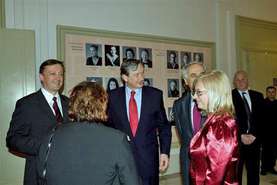 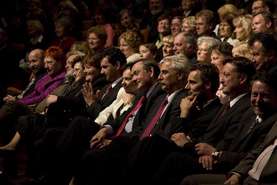 Photo for print
Many distinguished guests attended the humanitarian concert ‘For a Happier Childhood’, under the patronage of Barbara Miklič Türk, such as Dr. Danilo Türk, President of the Republic of Slovenia, Franc Hočevar, President of ZPMS and Marjan Novak, Member of the Lek Management Board. 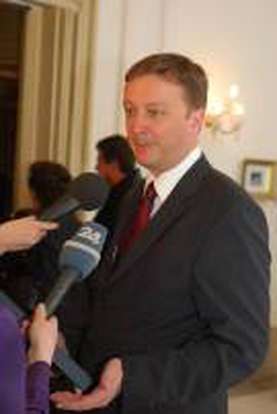 Photo for print
Marjan Novak, Member of the Lek Management Board. 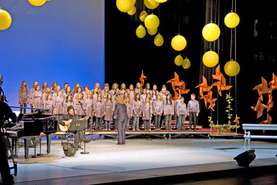 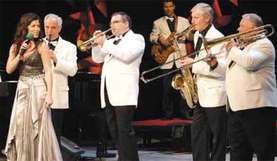 Photo for print
The Parlament Dixie Band donated their third album to the Friends of Youth Association Slovenia.