Year 2019 has been of particular importance for Lek’s site in Lendava as one of the units – Solids Lendava – is celebrating its the tenth anniversary. Over ten years, the unit has been growing and developing at a dynamic pace. With ever increasing production volumes, continuous growth of the number of employees and a significantly increased complexity of the product portfolio, Solids Lendava have evolved to become a global strategic Novartis’ unit for the final production phase (packaging) from which the finished products are released to a number of global markets.

Solids Lendava supply more than 120 global markets with more than 85 molecules and 4000 different dosage forms from Novartis’ factories around the world. In the initial years of operation, the work was carried out on 6 filling-packaging lines, and today on 21. By the end of 2019, 25 lines will be in operation making   Solids Lendava the plant with the most manufacture packaging lines for solid pharmaceutical dosage forms within Novartis globally.

In the recent years, the unit has recorded an average annual growth of production volumes of more than 30%. Until 2017, it has shipped more than 290 million drug packagings, and in 2018 alone 171 million. Today, the unit represents the key area of growth and strategic progress of Lek’s site in Lendava.

The unit started up with 35 employees, today it employs more than 470 regularly employed people, and intensive additional recruiting is taking place also in 2019. More than 89 percent of the employees at Solids Lendava come from Pomurje. The number of employees has been continuously growing making up nearly 70 percent of all employees at the Lendava site. In 2018 alone, the site welcomed 100 new associates. Solids Lendava is recognised for the substantial diversity of its leadership team, with women taking more than 40 percent of the managerial positions.

Over ten years, Novartis has invested more than 100 million Euros in Solids Lendava. In 2015, it invested more than 25 million Euros in the construction of a high-bay warehouse and new production facilities in Solids Lendava. This was the largest Novartis investment in Slovenia at the time. At the end of 2017 and in 2018, a technologically highly demanding packaging line for originator medicines, essential for patients after organ transplants, was established. In the past year, a number of activities related to the final production stage (packaging) for a large number of Novartis’ new innovative medicines accompanied by substantial investments, are and will continue to be carried out.

All investment projects are accompanied by technological innovations, standardisation and harmonisation of technological procedures and introduction of products as well as improvements in process efficacy.

»Based on its knowledge and proven  skills, Novartis  offered the Solids Lendava unit an opportunity to develop as a site for the final stage of manufacture and supply of medicines with the highest added value, innovative medicines of Novartis Pharma and Oncology. This step is of utmost importance both for Novartis in Slovenia as well as for Slovenia, as it opens up the opportunity to bring innovative technologies and products of the future to our country, while at the same time it puts Slovenia on the global map of innovative pharmacy. Novartis trusts Slovenian knowledge and expertise and therefore invests in Slovenia in technologies of the future,« said Simon Rečnik, Site Head Solids Lendava.

Lek’s site in Lendava has been a stable part of the life and economy in Pomurje for more than 30 years. Due to continuous growth and new jobs, Lek has gained a significant economic reputation, which has also been recognised also by the Lendava Municipality and bestowed the unit in 2012 and 2015 a recognition for the most important achievement in economy.

The Solids Lendava unit makes significant contributions to the local community, in particular by supporting various humanitarian and other organisations as well as through partnerships with schools, healthcare and social institutions. Every year, Lek’s associates help their home environment through volunteering – over the last fifteen years, they have dedicated more than 2,856 volunteering hours and carried out more than 26 activities. In Lendava they are also especially proud of the long-term cooperation with two bilingual primary schools and the secondary school that represents a bridge to potential new recruits.

With technological innovation and modernisation, Lek enhances its environmental performance. Lek is the first and only pharmaceutical company in Slovenia to be included in EMAS, the EU scheme for responsible management of environmental impacts. Their fundamental approach is to prevent all kinds of pollution, and investing in environmental technologies are an integral part of all investments and decision making. Solids Lendava drive their commitment to enhancing environmental performance through technological innovation and modernisation, as well as investing in local initiatives such as the Lendava Waste Water Treatment Plant, a joint project of Lek and the Lendava Municipality that represents pursuing their interest for the treatment of industrial and municipal waters and conservation of the natural environment. 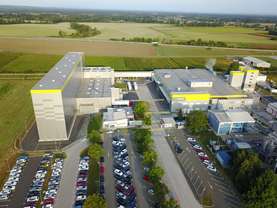 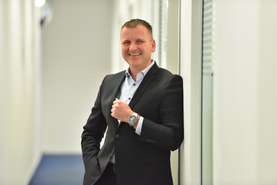